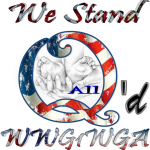 Prophecy of the Two Presidents is an unusual prophecy of a time of two presidents by Kim Clement. The prophecy seems to go hand-in-hand with another titled “Pandemonium in the White House.”

I lay that in your hands.

Footage of Kim Clement and his prophecies is provided by House of Destiny at: https://www.houseofdestiny.org/​

Donne’ Clement Petruska is one of Kim Clement’s daughters. She can be found at https://www.facebook.com/donnepetro​

God in a Nutshell / Trey Smith can be found at https://godinanutshell.com/​

God bless you and enjoy the prophecies. I think this is an eye-opening video. Watch to the end. I really recommend it on this one.

Nachash: Seed of the Serpent in Genesis

Genesis: Garments from the Garden of God

CNN: the Prophecy of Trump

Mark of the Beast: PLAN B | a Trey Smith documentary

Roger Stone Pardon: What Does It Mean?